The BWRA would like to thank every who participated in the Garden of Hope work day on Sunday 25th March. This was the beginning of Phase 2 of the memory gardens development and we hope to have it completed by May/June this year.
Over 50 residents participated and everything we set out to do was  accomplished in less than 4-hours. The grass was cut, the flower-beds were weeded, the pots were re-planted and new pots and plants were added to the garden. A variety of fruit trees were planted and the walkway was prepared for laying.
Big thanks to the children of Weston, Prospect, Rosbrien and our two visitors from Bantry, who showed so much enthusiasm that they ran out of jobs to do, great work lads, you did us proud.
Special thanks to our resident gardener, Paulie O'Donaghue, for planting the trees and shrubs, his expertise was invaluable, and to Cindy Fogarty, our resident artist, for work on the mural. 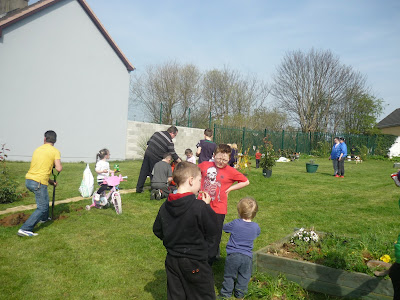 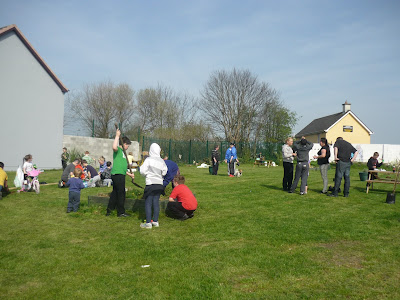 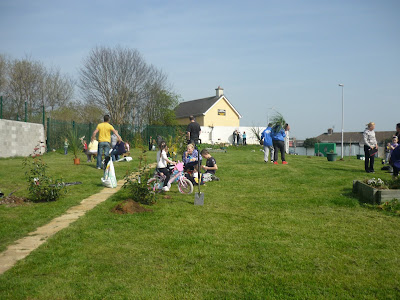 It was suggested that angles might look nice next to the mural of Our Lady, so Cindy painted cherubs to see what they'd look like, she wasn't happy with how they looked but rather than paint over them and waste the day the now jobless children were invited to paint hearts an the wall. Thanks to Haley for the idea. 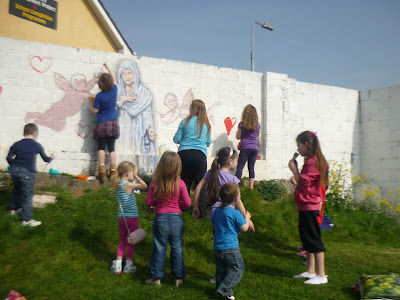 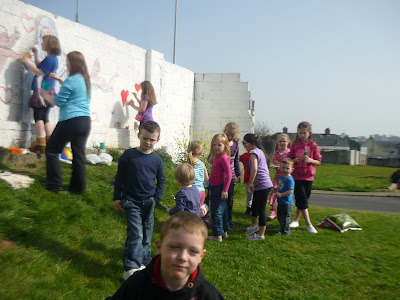 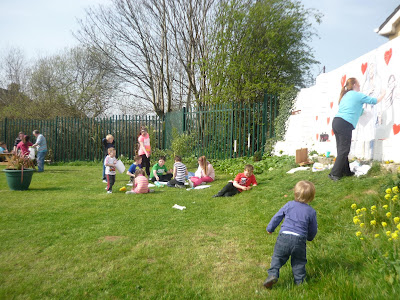 Cindy returned the following Wednesday to add a pair of kneeling angles. Some of the children were very disappointed that the hearts were painted over, but were happy once it was explained that the hearts were only temporary and a chance to practice for a new mural, which will be worked on during the summer holidays. This will feature hearts painted and signed by the children surrounding a large heart with the message "Love Weston Don't Litter". 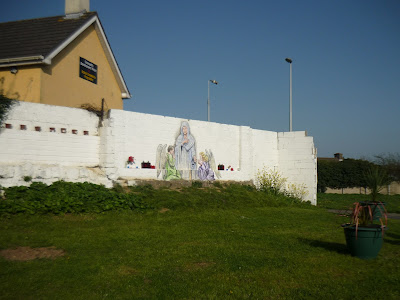 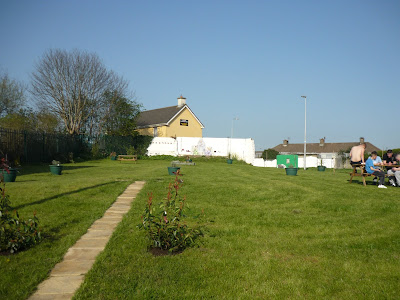 Work on the garden is ongoing and weather pending, it is hoped to lay the walkway this coming Wednesday.
Posted by Ballinacurra Weston Residents' Alliance at 14:32 No comments:

The BWRA will be entering the Tidy Towns competition this year and following representations from residents a number of sites have been identified.
If you would like further information or if you would like to help the BWRA in developing these sites then contact:
Matt Collins (Chair): 087 65 77 063
Cathal McCarthy: (PRO): 087 784 50 70 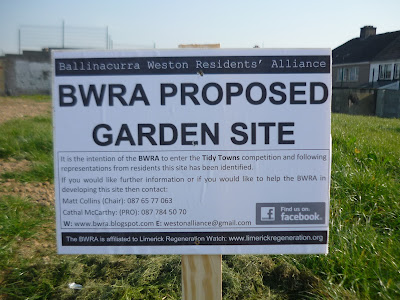 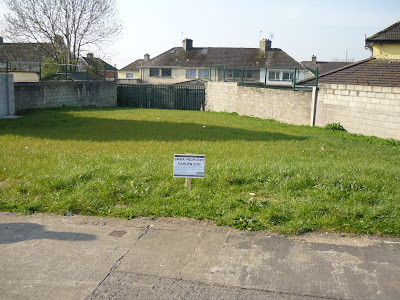 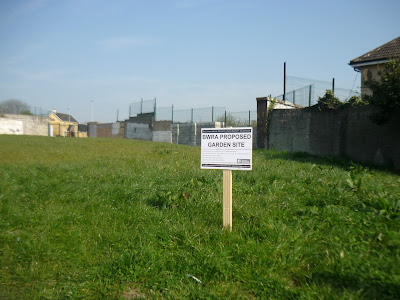 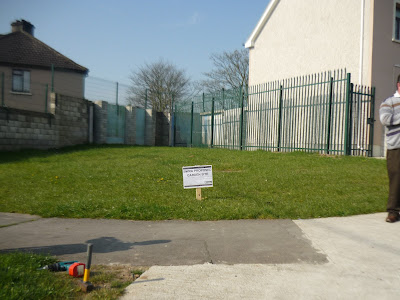 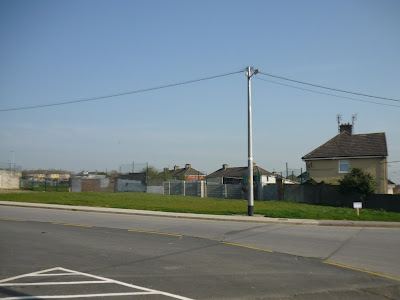 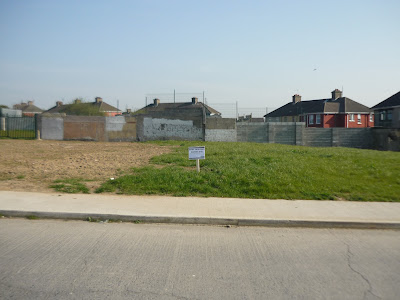 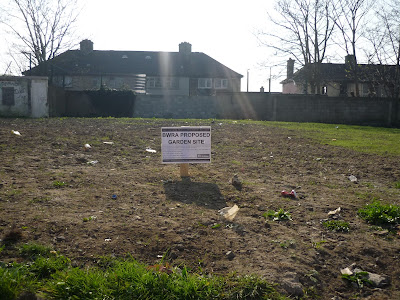 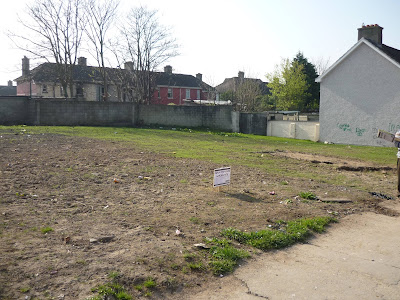 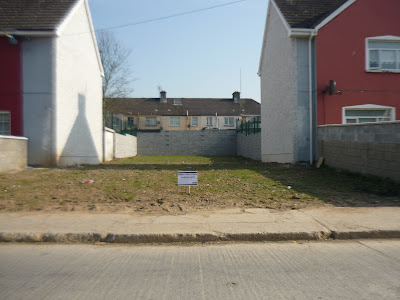 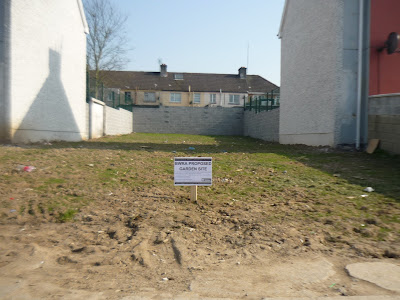 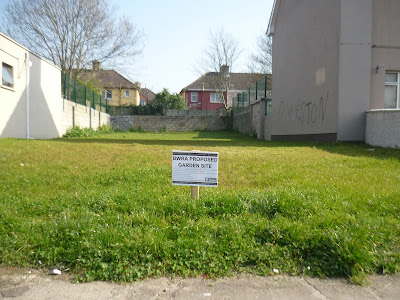 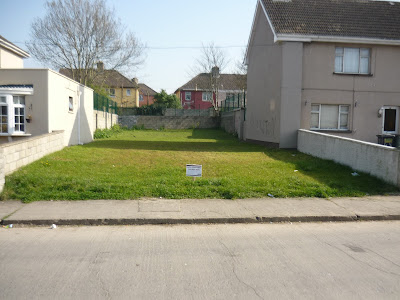 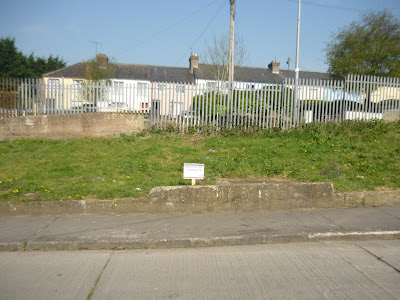 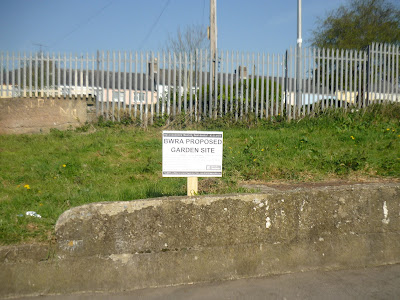 Posted by Ballinacurra Weston Residents' Alliance at 09:42 No comments:

"It's only a matter of time before someone is killed"

That was the grim prediction of a Bord Gáis emergency worker who attended the scene of yet another gas leak in a boarded-up house in Ballinacurra Weston last week.

Cathal McCarthy, Matt Collins and Shane Stewart were walking past the boarded up houses in Crecora Avenue when they got a strong smell of natural gas coming from one of the properties.

Upon inspection they noticed that the gas metre on the gable end of the house had its casing removed and was ticking over. Cathal immediately rang the emergency line 1850 20 50 50 and reported the leak.

The emergency worker that attended the scene informed Cathal that the leak was inside the house, that someone had either left an appliance on or more likely, that the pipes had been damaged in an attempt to steal copper.

"It's only a matter of time before someone is killed, he told me" said Cathal. "He also told me that he is constantly being called out to regeneration areas and that someone somewhere isn't doing their job, that the metres should be removed and the pipe should be capped when the house is being boarded up".

The emergency worker told Cathal that it was a good job that the house next door was boarded up, had it been occupied there was a good chance that the leak could have spread through the attics putting lives at risk.
Posted by Ballinacurra Weston Residents' Alliance at 09:33 No comments: